Our CEO Damla Birol took place among the most powerful women leaders of Turkey again this year! 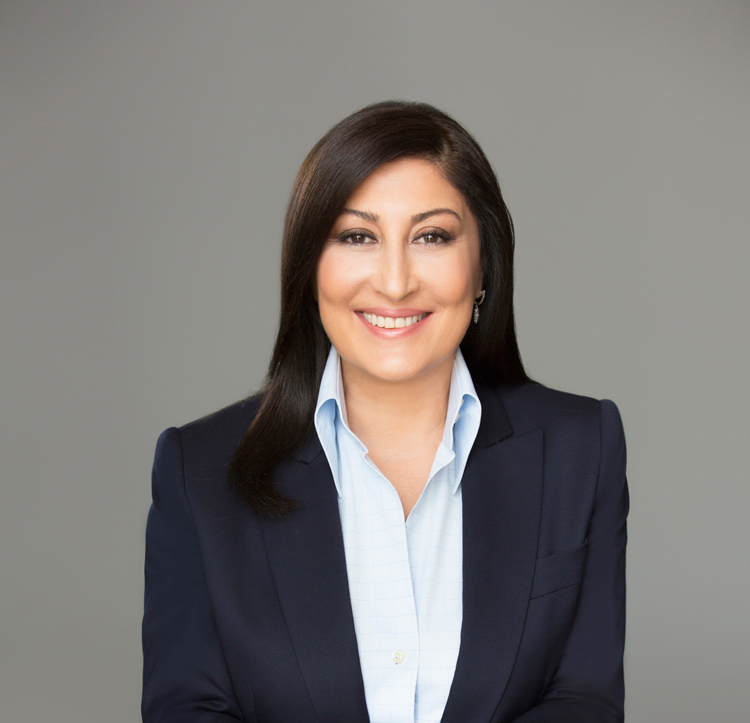 Our CEO Damla Birol took place in the most powerful women leaders list published as a result of research of the most prestigious economy magazines in Turkey again this year in scope of her success in 2019.

We congratulate our CEO Damla Birol! 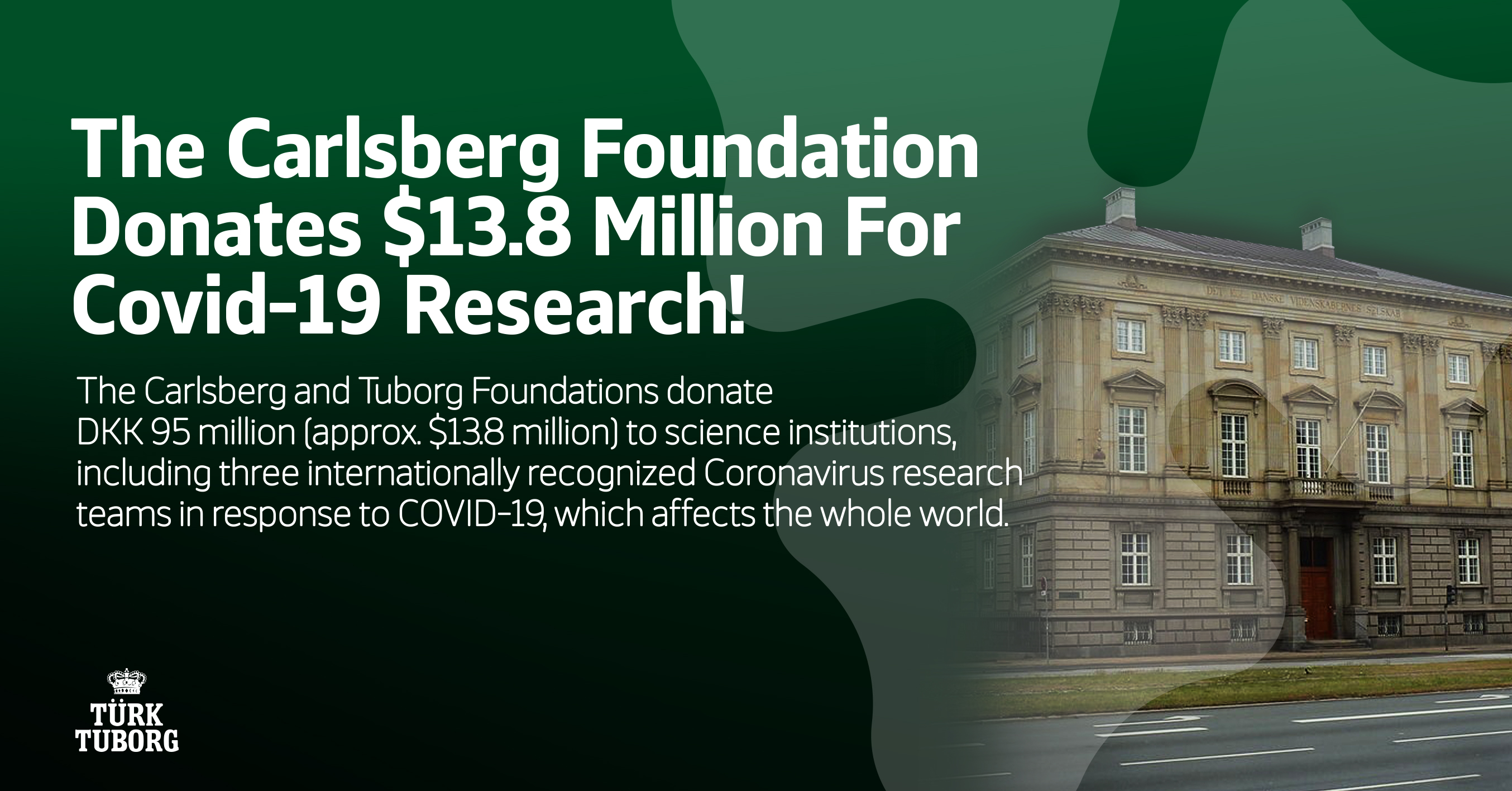 We are pleased to be one of this year’s most admired companies in our sector in the “Most Admired Companies” research conducted by Capital Magazine for 19 years. 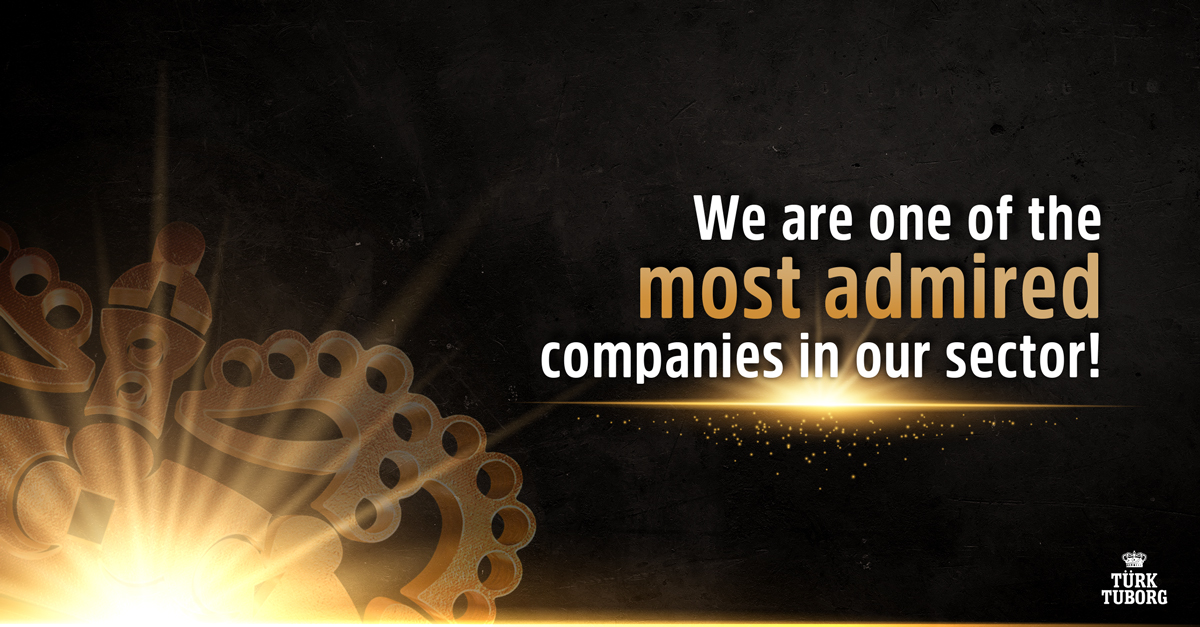 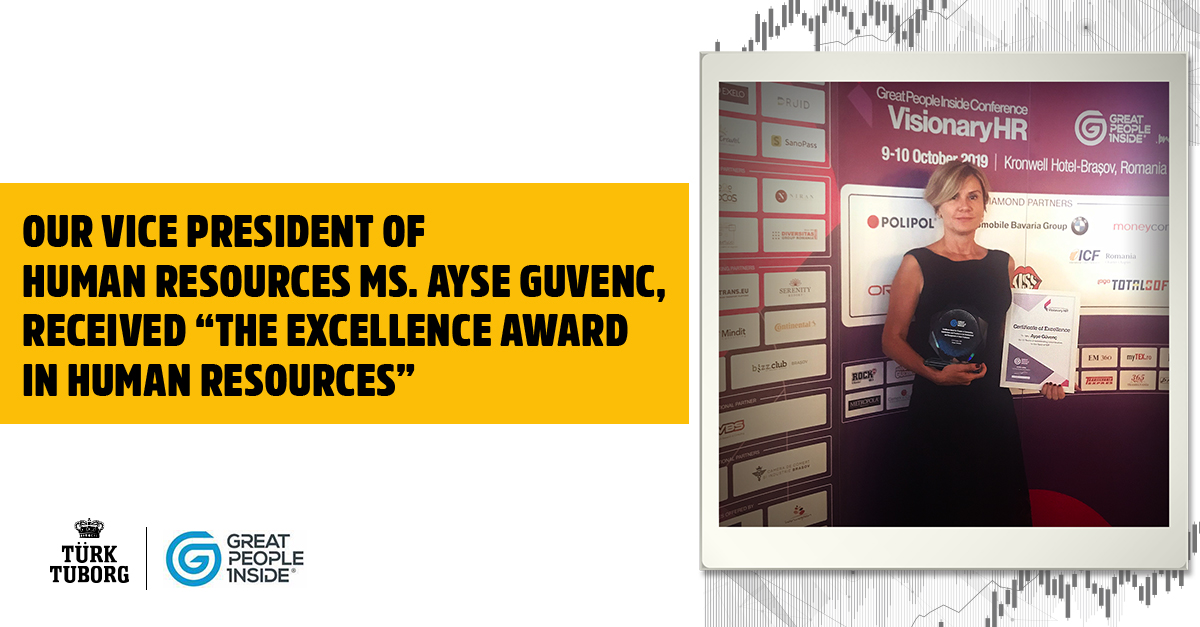 We are happy and proud to announce that our Vice President of Human Resources, Ms. Ayşe Güvenç has been rewarded  with “Excellence in Human Resources” award at Great People Inside conferance in Romania! 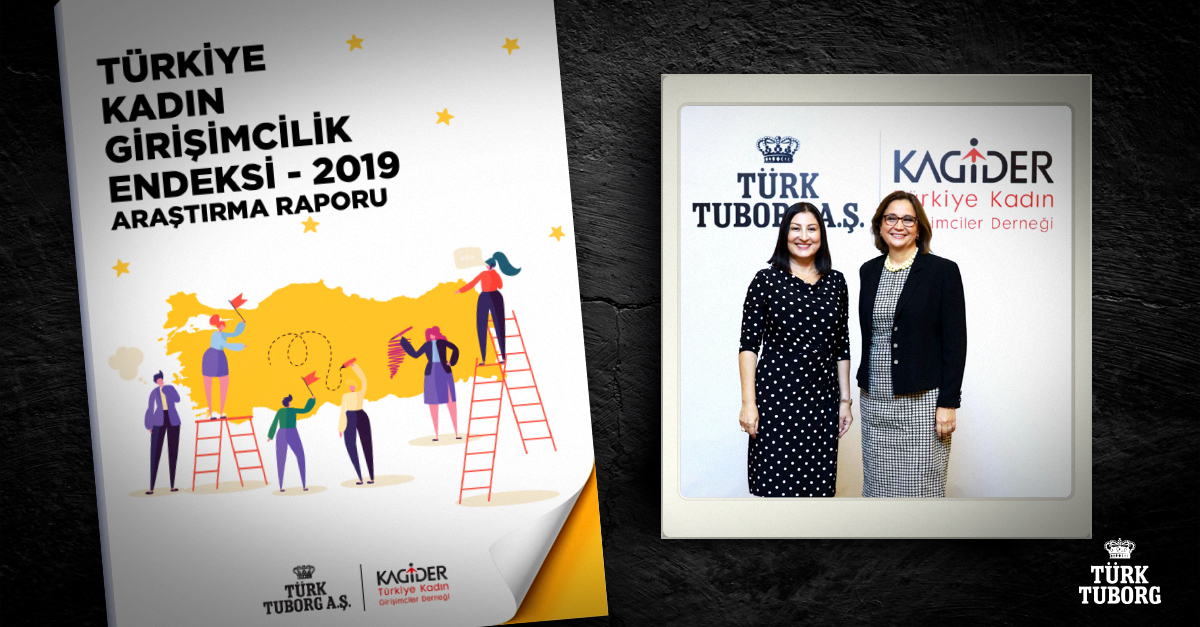 “Women Entrepreneurship Index” study which we are proud to support with KAGIDER and is held for the first time in Turkey was announced with the participation of the our CEO Damla Birol and President of KAGİDER Emine Erdem.

This research prepared by IPSOS aims to hold the mirror for women entrepreneurs in Turkey. We also believe that this study will be a very important guidebook to follow the development of entrepreneurship in the following years and will be a road map that sheds light on the areas to be worked on.

Frederik Has Been Awarded Once Again! 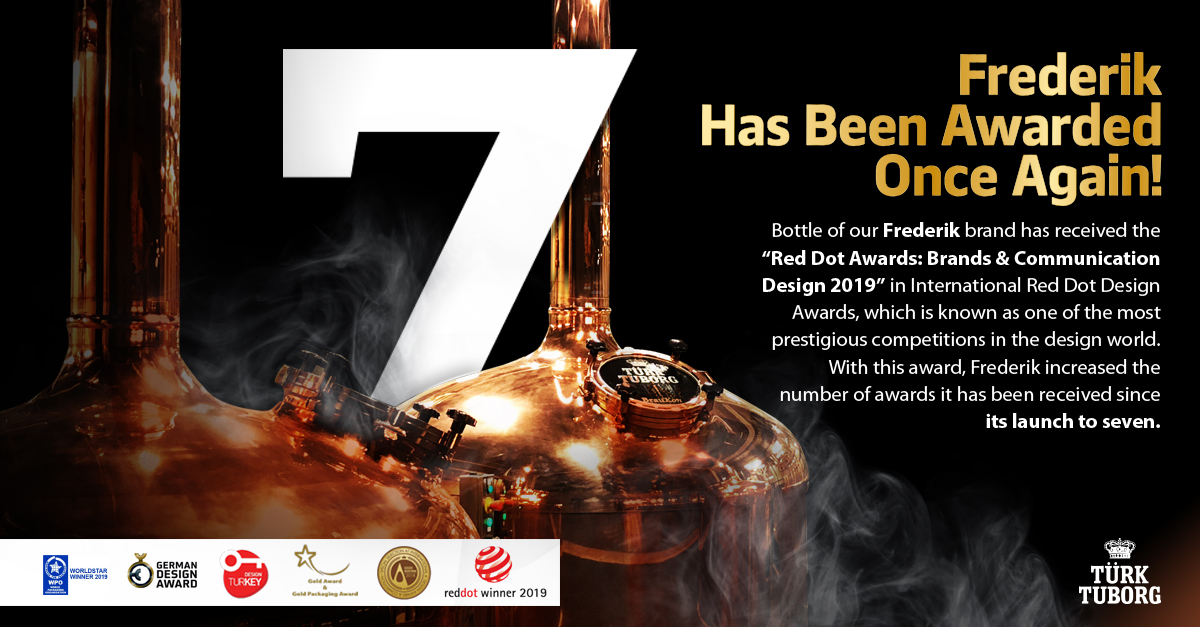 Partner of The Year

We are proud to share with you the good news that we have received the "Partner of The Year" award as group company at this ceremony where awards were given under 5 different categories. 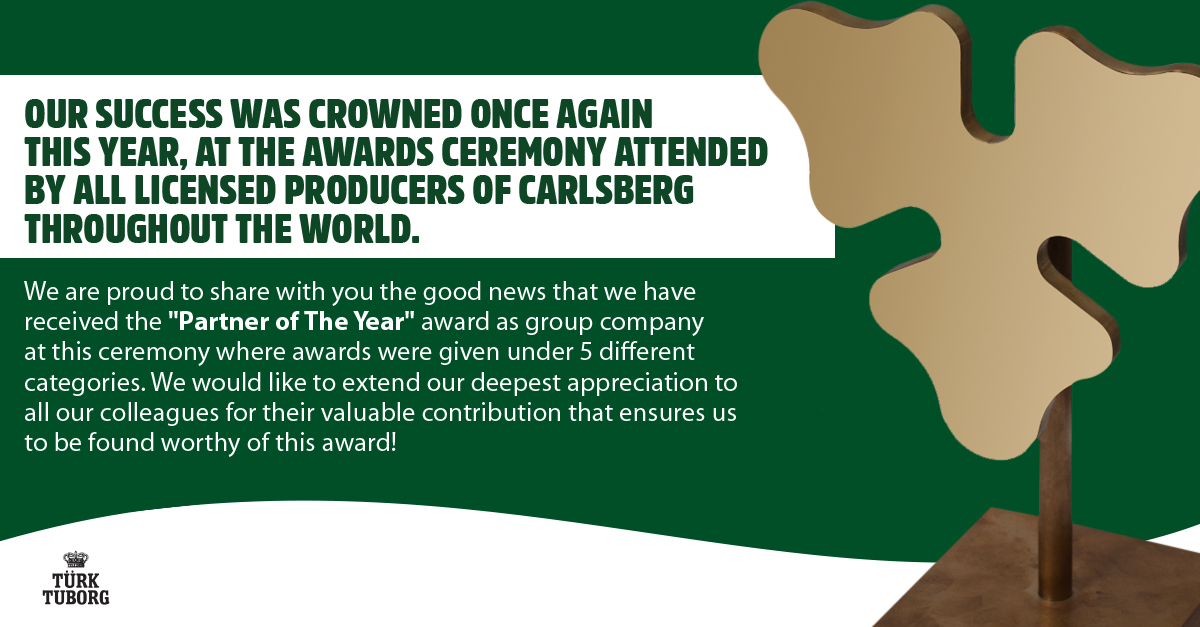 In Honor of Our 50th Anniversary, We Have the Gold Award! 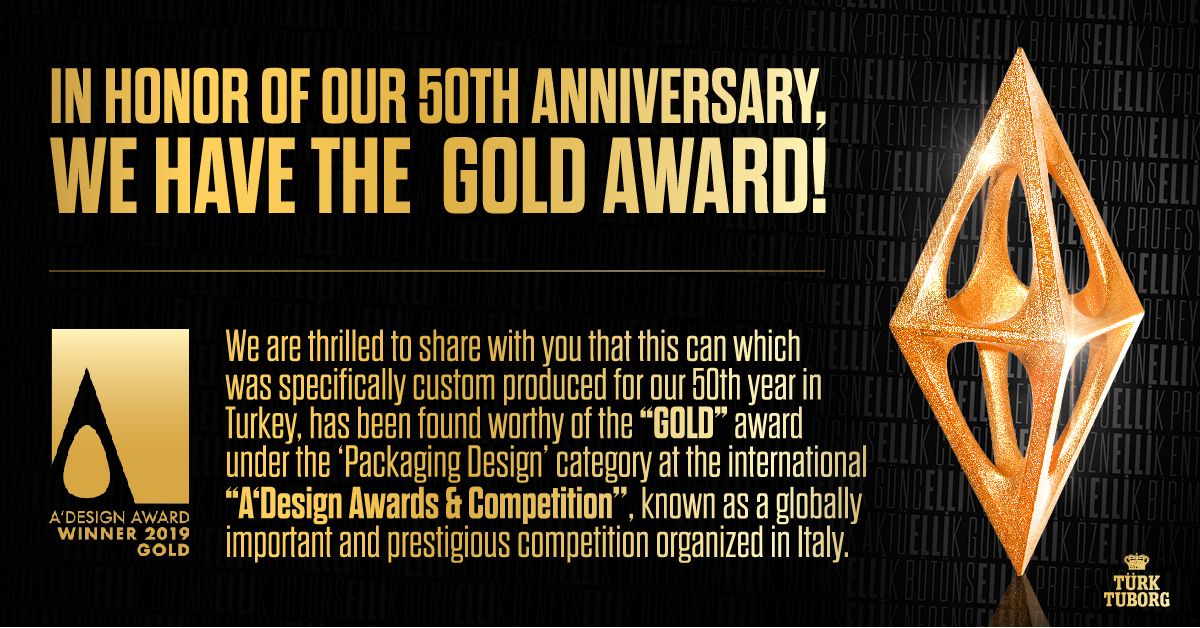 Our CEO Damla Birol took place among the Strongest 50 Female CEOs of Turkey!

2018 results of the research on “Strongest 50 Female CEOs of Turkey” conducted by The Economist were announced. This research that was carried out for the 7th time in a row this year, aims to encourage and inspire many other women through the success stories of women in top management in the business world who overcome obstacles, with the increase in the number of female managers. 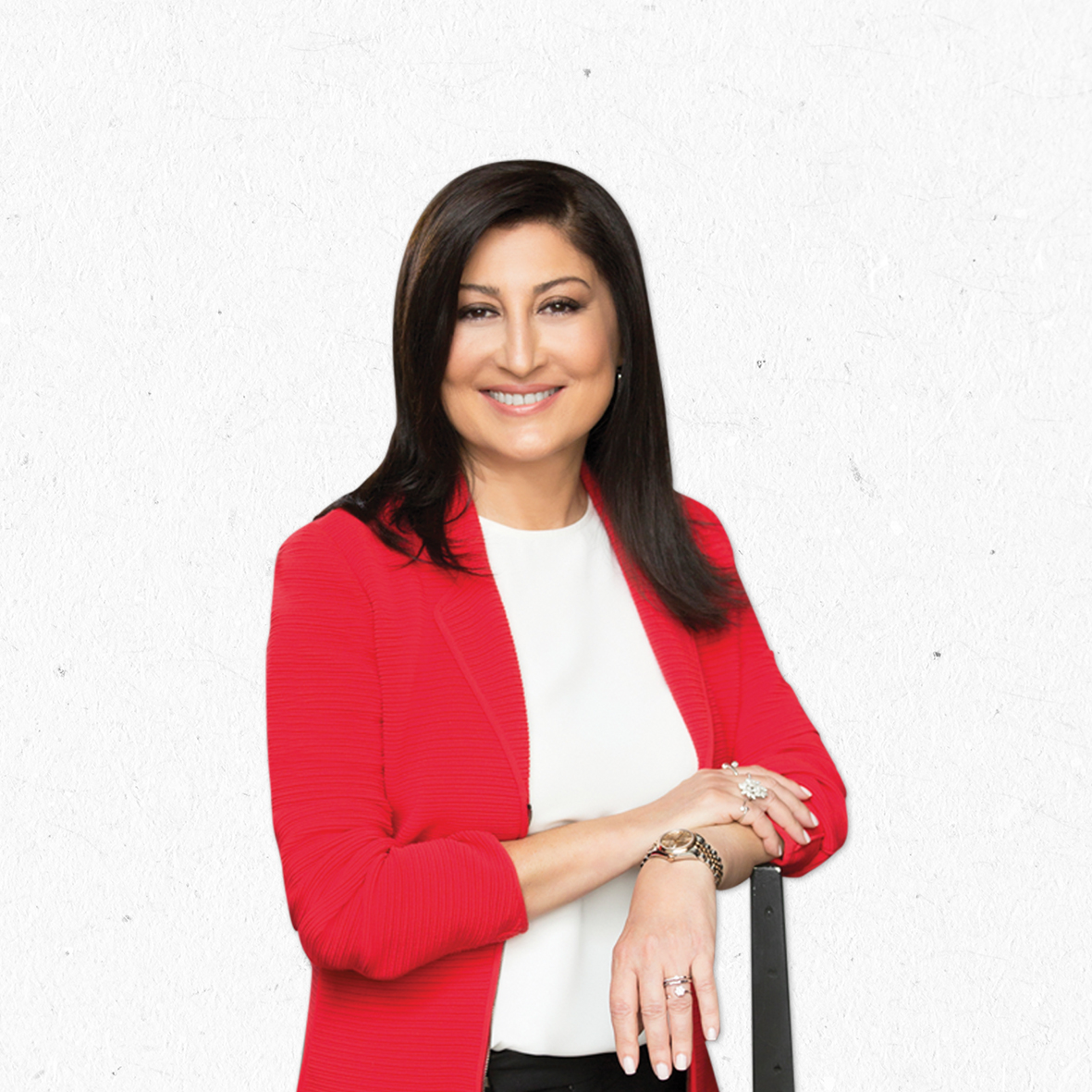 Internal Trainer Program Has Been Rewarded 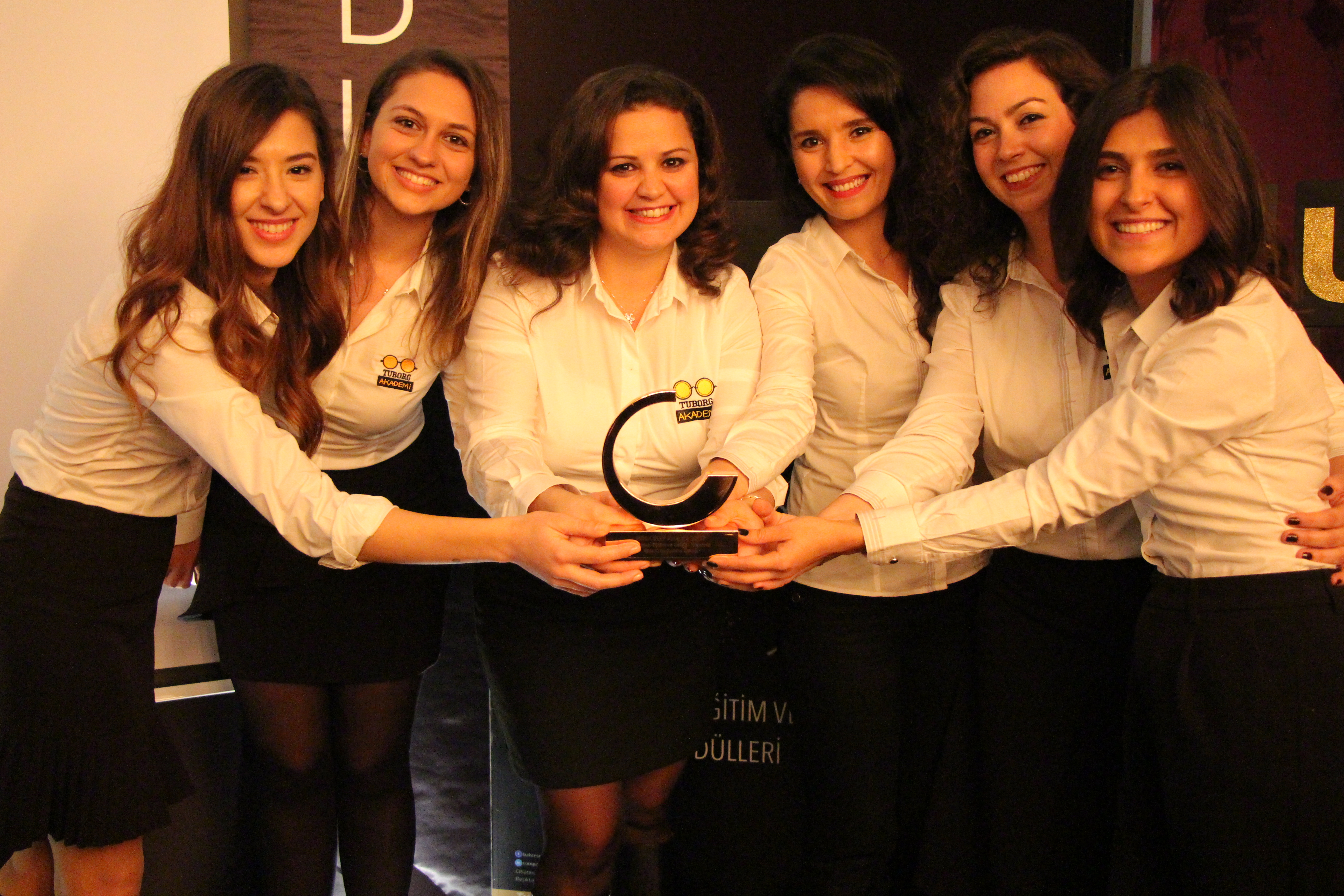 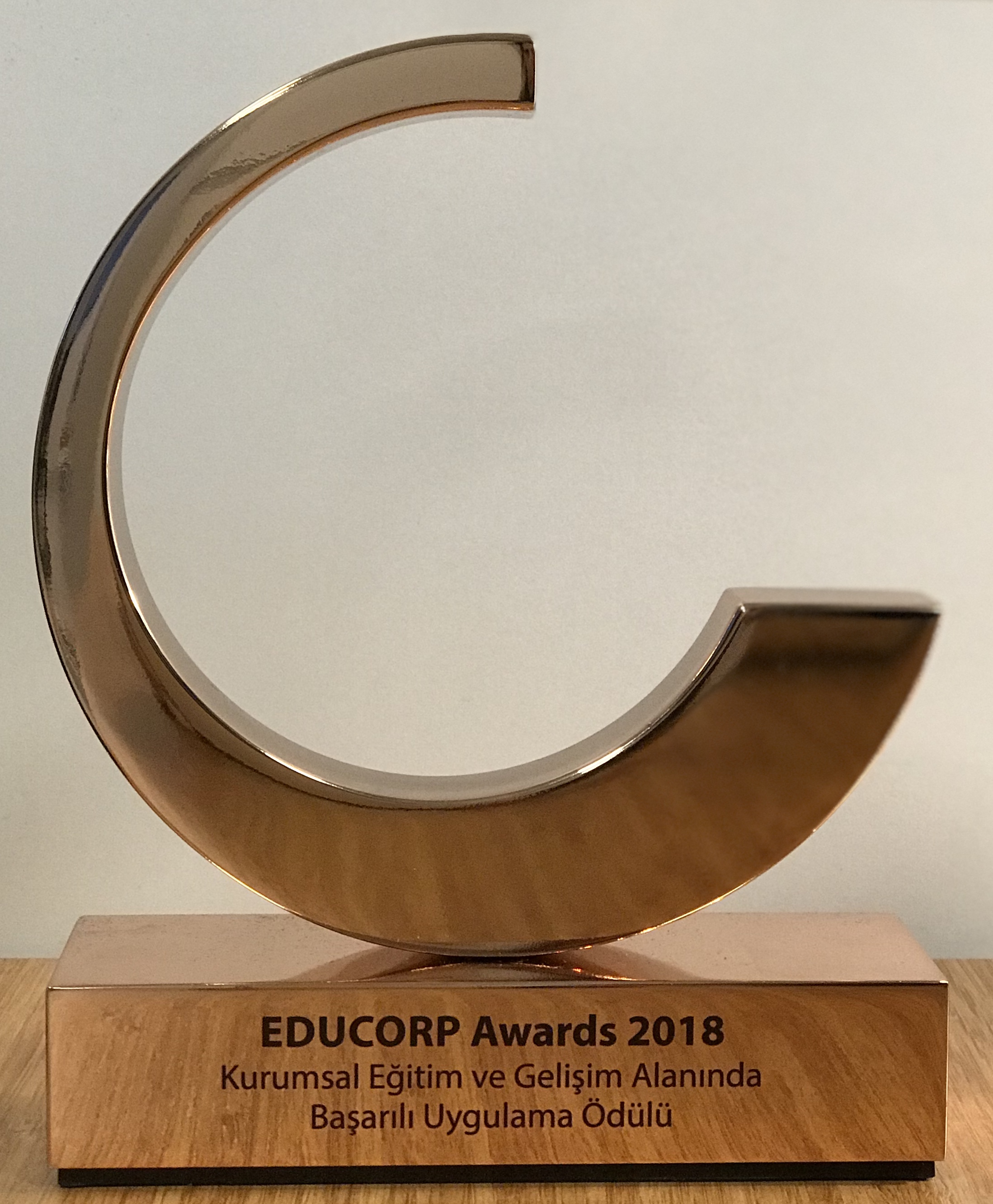 Our Vice President In Charge Of Marketing, Ms. Nilüfer Reisoğlu, Ranked Among 50 Most Effective CMO’s Of Turkey!

The research on “50 Most Effective Marketing Officers of Turkey” conducted in collaboration of Fortune Turkey and DataExpert has been completed and awards were given out at the awards ceremony organized last week.

We are happy and proud to announce that our Vice President in Charge of Marketing Ms. Nilüfer Reisoğlu, ranked among “50 Most Effective Marketing Officers of Turkey” that were selected by the research consultancy board based on their performance in CMO success criteria! 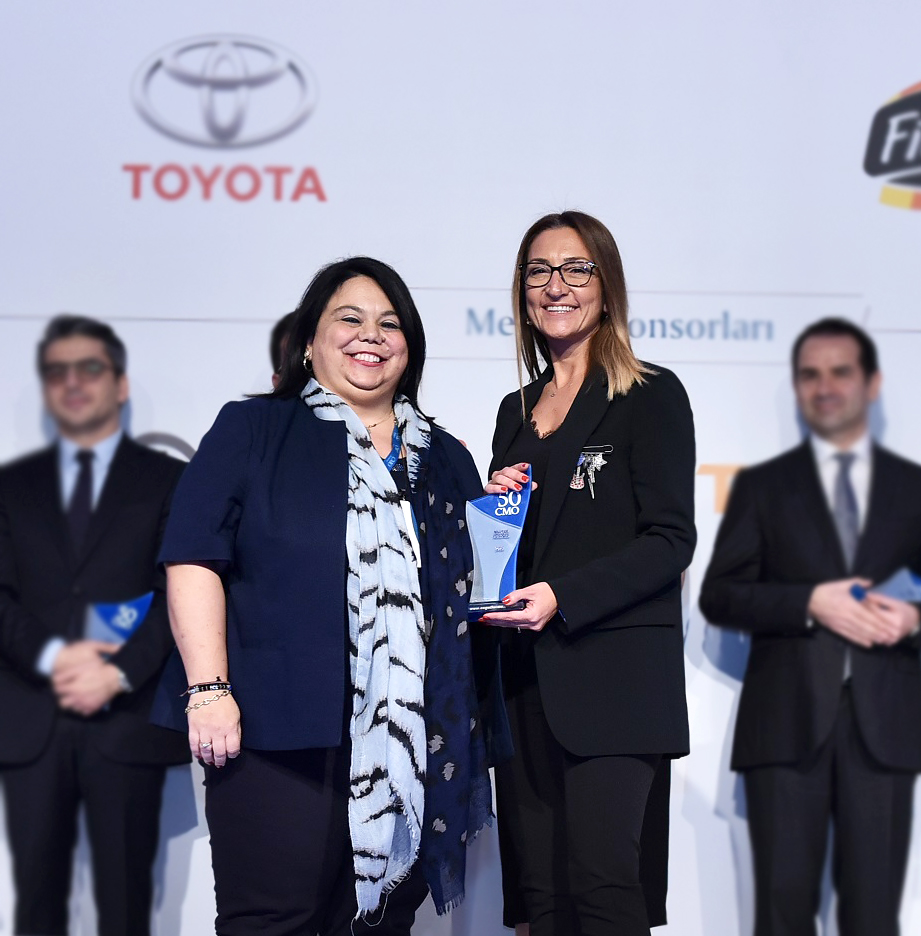 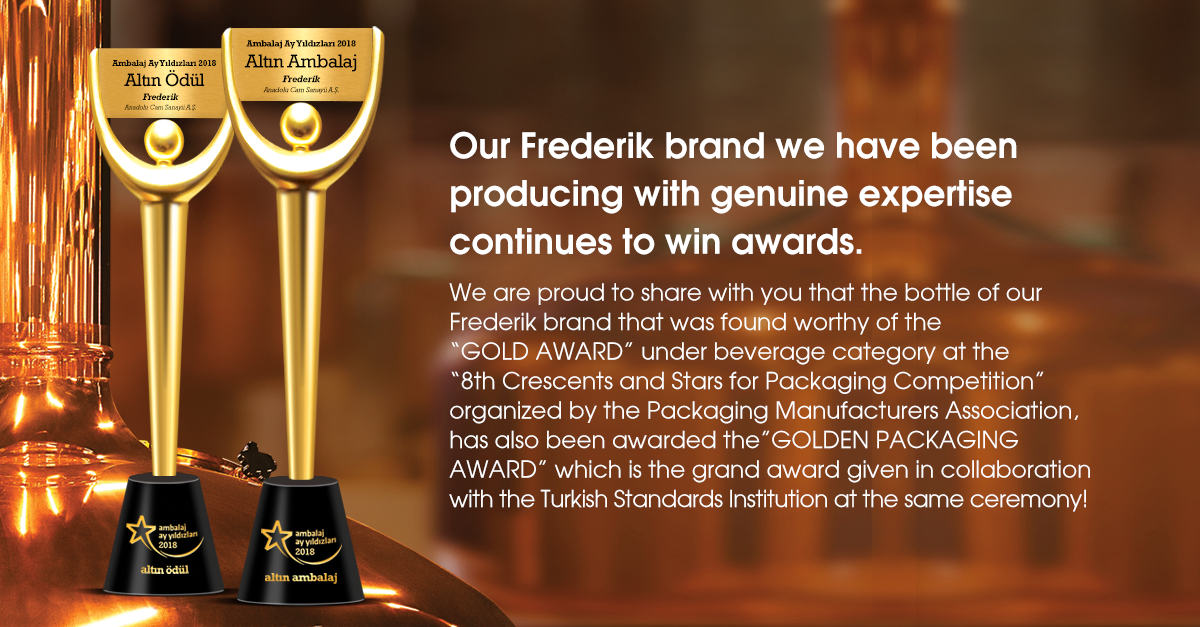 Our CEO Damla Birol took place among the Strongest 50 Female CEOs of Turkey!

The Strongest 50 Female CEOs of Turkey were determined according to the size of turnover they manage through a research conducted by Ekonomist and Capital Magazines. This research that was carried out for the 6th time in a row this year aims to encourage and inspire many other women through the success stories of women in top management in the business world who overcome obstacles, with the increase in the number of female managers. 50 female leaders in the list were presented awards at the awards ceremony that was organized for the first time.

We are very happy and proud to share with you that our CEO Damla Birol was also awarded at this ceremony where prominent business women of Turkey got rewarded! 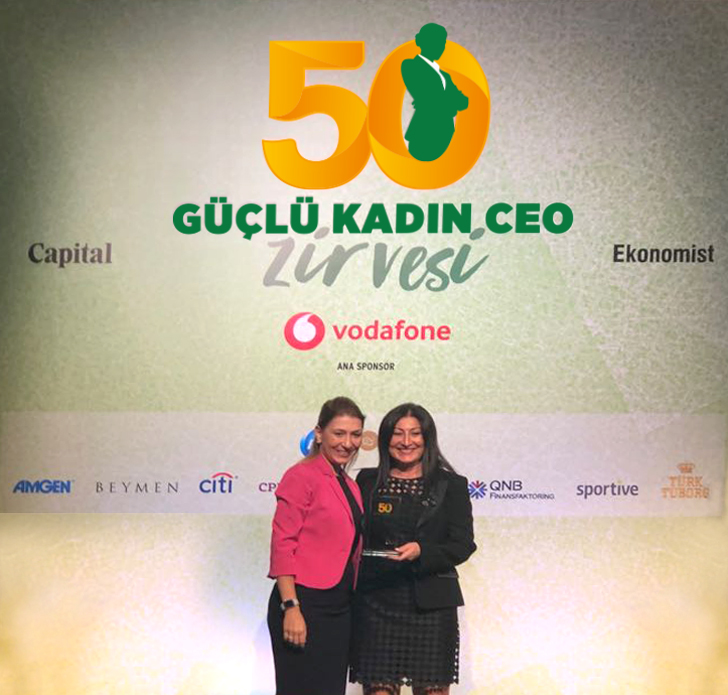 We are thrilled to share with you that this bottle which was specifically custom produced for us, has been found worthy of the ‘’GOLD’’ award under the ‘Packaging Design’ category at the international ‘’A ‘ Design Awards & Competition’’, known as a globally important and prestigious competition organized in Italy. 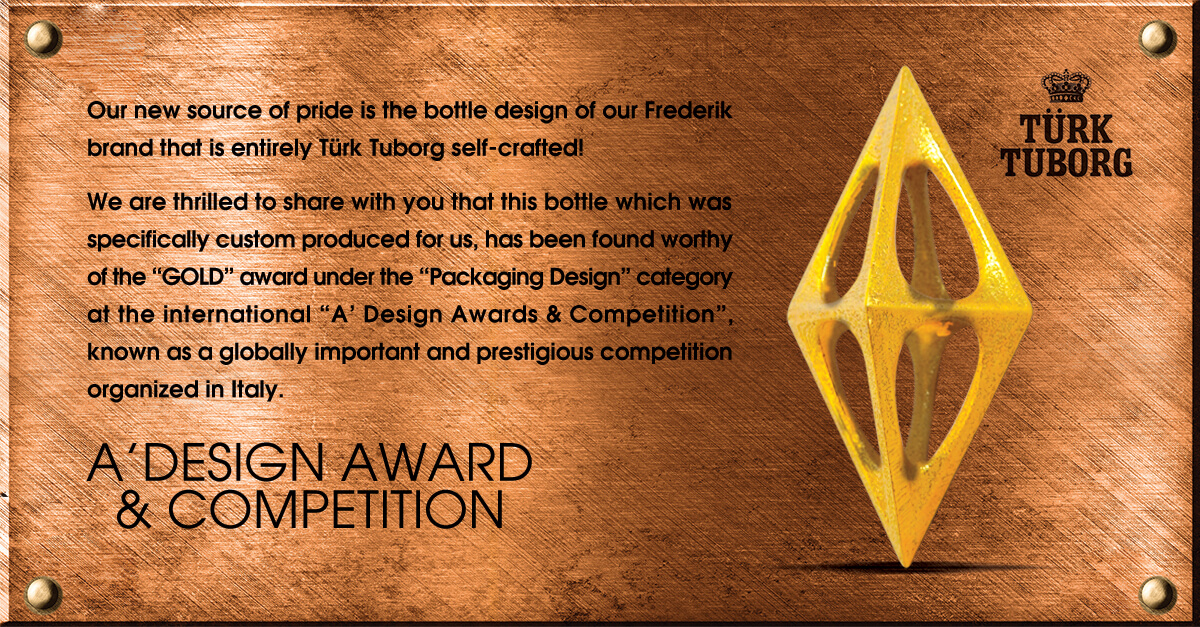 Best Accelerator of the Year

We are proud to share with you the good news that we have received the ‘Best Accelerator of the Year’ award thanks to our focus on quality and our perfect execution as Türk Tuborg, at this ceremony where awards were nominated under 5 different categories. 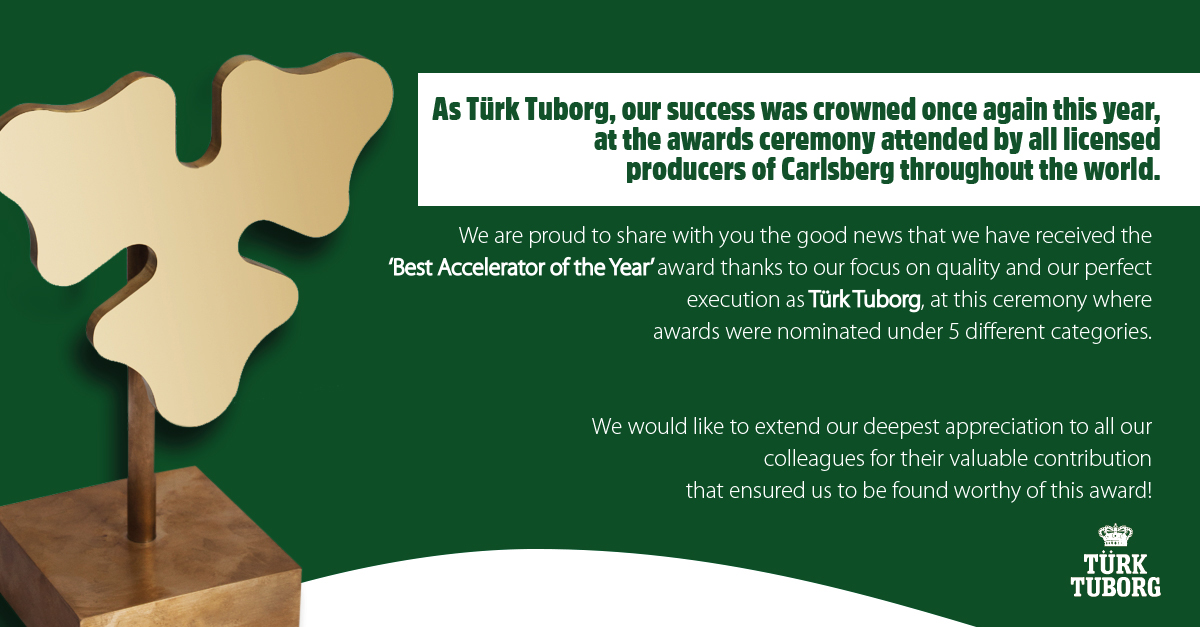 OUR CEO WAS RANKED AMONG TOP 10 MOST ADMIRED CEO’S

Capital Magazine, one of the most prominent media in the field of economy, has published their study on “Turkey’s Most Admired Companies” this year once again.

The research that has been conducted for the 17th time this year by Zenna Consulting Group names the most reputable and trustworthy companies whose success is most admired and also the most successful CEOs in the Turkish business circles.

This research whose results are highly anticipated, took place between August–November 2017 with the participation of 1400 executives representing more than 500 companies throughout 59 sectors based on an online survey technique.

Our CEO Ms. Damla Birol ranked 10th among top 15 most admired CEOs in the research that took place this year. 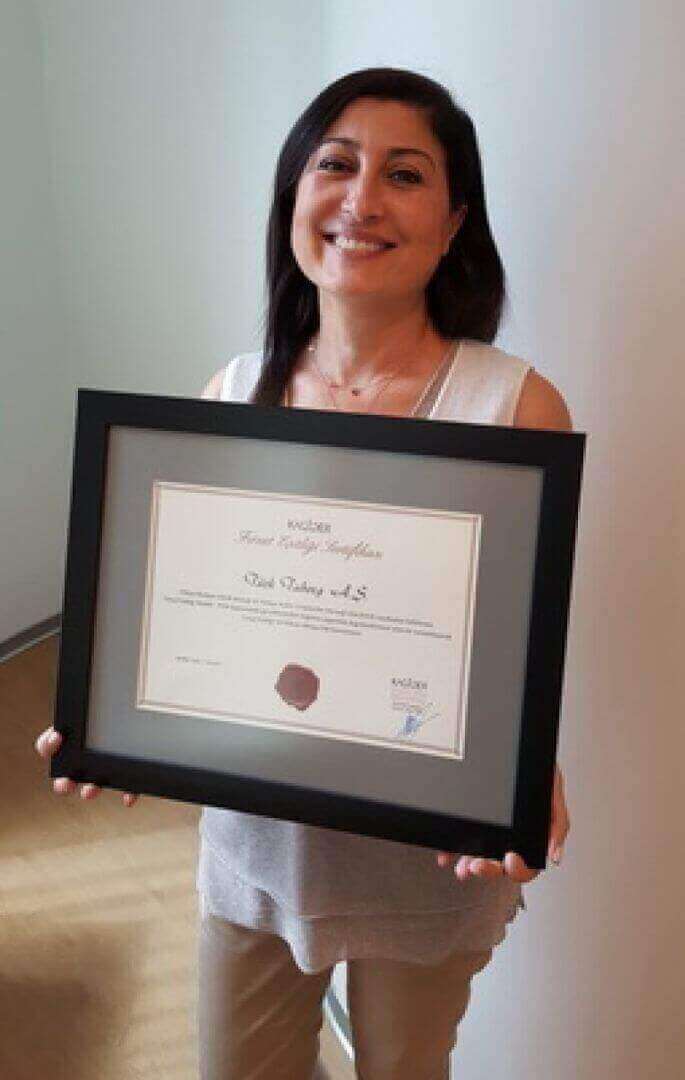 Having obtained the Women Entrepreneurs Association of Turkey (KAGIDER)’s Equal Opportunities Certificate, Turk Tuborg, particularly being noticeable with the higher rate of female employee in its top management, now increased the importance and support it gives to women in business life.

Turk Tuborg, with its female members in half in the executive board and with two female members in the board of directors, has recruited female managers at its marketing, legal, IT and human resources departments.

Turk Tuborg was awarded with the grand prize once and runner-up prize twice for these higher rates in the category of “Board of Directors Strengthened with Women Members” in the research carried out each year by Sabanci University.

Having considerable proud of getting these awards and of pleasure for KAGIDER’s Equal Opportunities Certificate, Turk Tuborg’s CEO Damla Birol stated: “We, as Turk Tuborg, are aware of that women are of great importance for the business life and believe that we would be stronger by supporting the women. Therefore, we equally treat women in recruitment and promotion; we offer ease for our female employees, having the pleasure of becoming mothers, in those periods and we also encourage the women to take more roles in management and to contribute with their new points of view. We make effort for creating equal opportunities rather than offering difficulties.”

Kagider’s Equal Opportunities Model Certificate, developed and implemented by means of the World Bank’s subventions, is granted to corporations, offering the women equal opportunities, approach and conditions with men in recruitment, election, education, performance assessment and promotion as well as career supporting practices, feedback and evaluation of complaints. In Turkey, only 21 corporations have already Kagider’s Equal Opportunities Certificate.

The award ceremony of “Inter Universities Quality of Life Competition”, organized for the first time in Turkey in order to create awareness and generate solutions on the quality of life in our country, is held on May 26th, 2017.

The Grand Prize of the competition conducted in 5 categories went to the “My Nursing Home Kilis” project of Mehmet Ergin and Mehmet Seyid Korkut from 7 December University...

Project Special Prizes went to “Evpati” project of Mustafa Telli, Osman Işık, Ahmet Mücahit Nalbant from Mediterranean University aiming to improve life quality of street animals especially in winter by using the cardboard packaging materials used in the deliveries of e-trade companies, instead of discarding them, and “Recycling in Transportation” project of Ahmet Şenel from Istanbul Arel University which involves a waste battery automat giving a free one-way token for public transportation in return for a waste battery, aiming the recycling of collected waste batteries.

Students winning the Special Prize in the category of Life Quality of Women got their prizes from Damla Birol, CEO, Türk Tuborg A.Ş. In her speech when presenting the category of Life Quality of Women prizes, Damla Birol said “I am very proud to present prizes in this category where ideas for improving the life quality of women competed. As a woman executive acting in business life for long years, a mother and also a citizen having high social responsibility awareness, I believe that significant roles fall on our women for raising healthy generations in our country. Improvement of life qualities of women is very important for them to be more active and taking responsibility in community life. We have seen that many projects, each more valuable than the other, applied for this category and I must admit that as the jury, we had serious difficulty in electing the first three. I hope the winning projects would be realized and contribute to the improvement of the life quality of our women.”

Organizations That We Cooperate

YASED: It is founded on the purpose of creating a sustainable, predictable investment environment in Turkey, attracting value-added international investments and strenghtening global competition.

KalDer: An association aiming to contribute to increase the level of competition and welfare in Turkey by making perfection culture into a way life.

KAGİDER: A non-governmental organisation aiming to strengthen women entrepreneurs not only economically but also socially and politically.

TURKISH WIN: A global sisterhood aiming to inspire, support and celebrate women in their journey for self actualisation in Turkey and abroad.

skd TÜRKİYE: An association aiming to make the main elements and principles of sustainable improvement in Turkey more understandable and achieve these principles.

Yeniden BİZ: A platform aiming to increase active employment of women, achieve diversity, flexibility and productivity, accelerate Turkey’s economic development and increase competition power, by training women who had a break in their work life.

Rewarded successively for 3 years, Turk Tuborg has been granted the grand award for the last two years, after winning the second place in the year 2013.

Thanks to the female members of its Board of Directors, Turk Tuborg has won one more prize. In consequence of its research, the Independent Female Directors Project carried out by Sabancı University Corporate Management Forum with strategic support of Egon Zehnder International Turkey office has selected Turk Tuborg as Turkey's top company that has a Board of Directors reinforced with Women.

Damla Birol, CEO of Turk Tuborg, who has received the award during the ceremony held in Zorlu PSM, said: “‘Minority that is not in the minority’ is my definition for the situation of women who constitute almost half of the population in participation in the workforce and rising in their careers, and believe that we can change this. Three groups that can start this change for participation of women in the workforce and their promotion to senior positions have important parts to play. First of all, the men who will make the decision in relation to employment and promotion of women must be unbiased. And we, the women who occupy top positions currently, must spend a considerable part of our time to mentor and support the other women so that they can rise as well, that is, we must send that elevator which has lifted us up back so that they can rise as well. Finally, the women who are at the beginning or middle of their careers today must keep working fearlessly and determinedly disregarding any biases and keep pushing the call button of that elevator which will lift them up.”

Awarded As One of “The Most Admired Company” in The Sector

The managers of 650 different companies took part this year in “The Most Admired Companies” of Turkey research which is held by Capital Magazine. Organized by GFK Turkey and under the main sponsorship of Badenoch&Clark and co-sponsorship of T-System, the results of research have been announced.